Revision as of 08:00, 5 February 2017 by XymphBot (talk | contribs) (→‎Areas / screenshots: Automated edit - Gallery standard params, minor tweaks)
(diff) ← Older revision | Latest revision (diff) | Newer revision → (diff)
A checked version of this page, approved on 5 February 2017, was based on this revision.
This level occupies the map slot E1M7. For other maps which occupy this slot, see Category:E1M7. 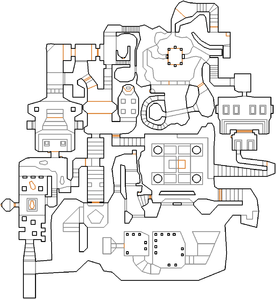