Difference between revisions of "E1M9: Sleeping Demons (The Beginning of the End (part 1))"

E1M9: Sleeping Demons is the ninth and secret map in the first episode of The Beginning of the End (part 1). It was designed by Emil Brundage (NaturalTvventy) and uses the music track " ". 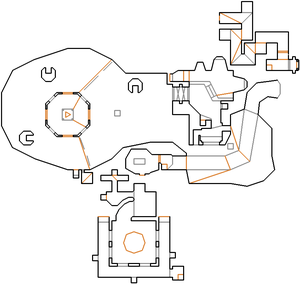 Map of Sleeping Demons
Letters in italics refer to marked spots on the map. Sector numbers in boldface are secrets which count toward the end-of-level tally.