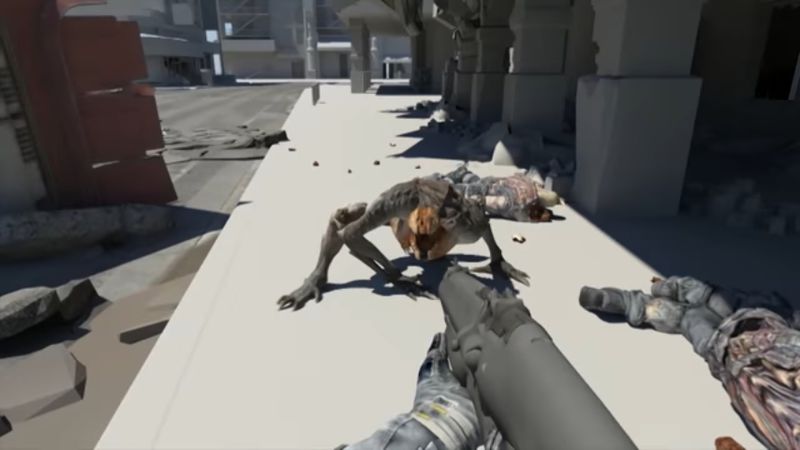 Screen capture from DOOM Resurrected (Part 1) - To Hell & Back, the noclip Doom (2016) development documentary. Screenshot of an imp-like, leaping enemy which later became the prowler.

This image is a frame capture from a video, and the copyright for it is most likely owned either by the film maker, producer, or studio that created the video. It is believed that the use of low-resolution single-frame captures1 from videos

qualifies as fair use under United States copyright law. Other use of this image, on this site or elsewhere, may be copyright infringement.

To the uploader: please add a detailed fair use rationale for each use, as described on Wikipedia:Image description page, as well as the source of the work and copyright information.

Click on a date/time to view the file as it appeared at that time.

The following 2 pages link to this file:

This file contains additional information, probably added from the digital camera or scanner used to create or digitize it. If the file has been modified from its original state, some details may not fully reflect the modified file.
Retrieved from "https://doomwiki.org/w/index.php?title=File:DoomResurrected36.jpg&oldid=207548"
Categories:
DoomWiki.org