Revision as of 18:41, 30 June 2020 by Afterglow (talk | contribs) (Add music track)
(diff) ← Older revision | Latest revision (diff) | Newer revision → (diff)
A checked version of this page, approved on 1 July 2020, was based on this revision.
This level occupies the map slot MAP04. For other maps which occupy this slot, see Category:MAP04.

MAP04: Blakmetal is the fourth map of Gothic 99, a deathmatch episode WAD. It was designed by Qingshuo Wang (piXel reX) and uses the music track "Sinking" by Marc Pullen (Fanatic). 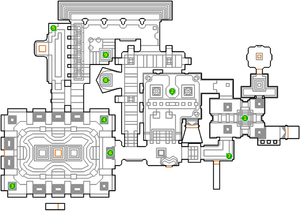 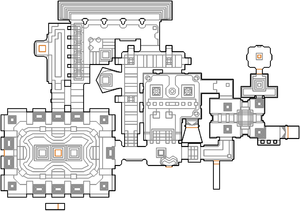