MAP04: Wormhole is the fourth map of TNT: Evilution. It is made with two similar areas; the latter is a bit tougher and darker. It was designed by Ty Halderman. 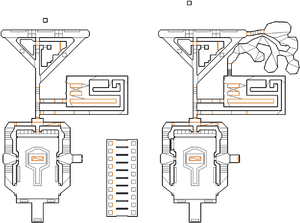 There are 2 areas: the basic area and the mirrored area. 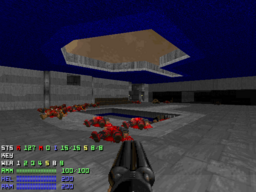 View of the easy part 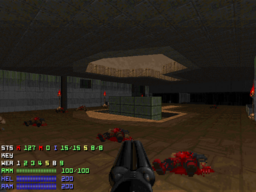 View of the hard part