MAP07: Baron's Banquet (No Rest for the Living)

MAP07: Baron's Banquet is the seventh map of No Rest for the Living. It was designed by Richard Heath and uses the music track "Into Sandy's City". The par time is 2:45. 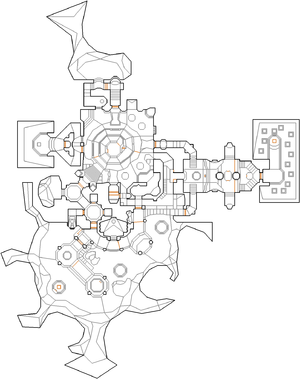