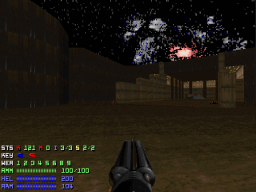 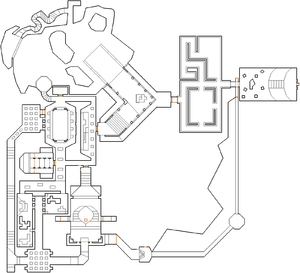 Head through the first door, and cross the room. The blue key is in the first room to your left, but collecting the key will release a chaingunner or mancubus.

The blue key door can be found if you head directly easy from the blue key room. It will be found on the right-hand side of the room. If you want to collect the box of shells before the door, walk behind the crates and climb up.

The rocket launcher should be in plain view from the blue door.

The quickest route through the maze is a simple left turn, with a blue-and-gray wall. Press open to lower the wall, revealing an arch vile.