Revision as of 09:51, 1 June 2022 by XymphBot (talk | contribs) (→‎Speedrunning: Automated edit - Update DSDA map records)
(diff) ← Older revision | Latest revision (diff) | Newer revision → (diff)
A checked version of this page, approved on 1 June 2022, was based on this revision.
This level occupies the map slot MAP23. For other maps which occupy this slot, see Category:MAP23. 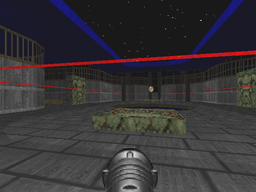 MAP23: Ascending to the Stars, designed by Yonatan Donner, is the twenty-third map of Hell Revealed.

You enter some sort of a flying technological base with heavy resistance, especially around the red key. You will have to penetrate Blue Sector, a little-known radioactive area, in order to get one of the keys. Your mission is to destroy the main reactor of the base. 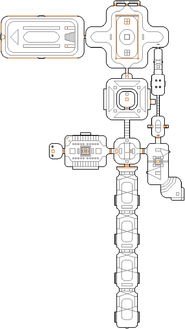 Map of Ascending to the Stars
Letters in italics refer to marked spots on the map. Sector, thing, and linedef numbers in boldface are secrets which count toward the end-of-level tally.

Be prepared for massive battles in every room-from the beginning where you start till the very end. Ammo is plentiful throughout this level, so do not worry about unloading your strongest weapons at the adversaries you will face.

When you start, you will be greeted with a massive horde of imps. Use the rocket launcher to blow them all away, or if you do not have that, use the shotgun nearby. Continue killing them until you reach the end, where you will be forced to fight through some Hell knights. Move forward after eliminating them.

When you pick up the plasma gun, another horde of revenants will teleport in and proceed to beat you to a pulp. Blast through them quickly, otherwise you will fall victim to them or either the arch-viles lurking in the adjacent pits. Try using the rocket launcher to eliminate them, you will have to sooner or later anyways.

Pick up anything that you need, and move forward. There are more enemies waiting for you in this small room, but this time, you have a retreat route and cover at your disposal. Destroy them all, head to the right alcove and attempt to open the walls inside. There is a secret with some goodies in there. Next, head to the lift where you can pick up a rocket launcher if you do not already have one.

The spiderdemon will take no hesitation to fill you with lead, so kill it. However, the mancubi in the area can also assist in killing the spider through monster infighting. Kill them all with rockets.

The next door has a couple of barons of Hell and arch-viles hiding behind them, so kill them. Head up the stairs on the left and enter the door behind the supercharge.

You can avoid the fights here in general; rush to the other side of the room and pick up the red key, being careful not to fall down into the pit where there are tons of monsters, including a cyberdemon that will have reinforcements once you kill it. Once you have the key, head back out, through the teleporter on the right (as seen from the door), pick up the blue key and return to the balcony with the sign "Blue Sector" over it.

Enter the door, kill the mancubi and revenants, and activate the lift. Keep going and killing whatever is in your way until you reach another lift. Head up this lift, kill the cyberdemon and Hell knights, and snatch the yellow key in here. Head through the door to the right of where the cyberdemon once stood. You will be attacked by arch-viles if you did not kill them earlier, do so now. Hit the switch (see secret #3), and jump back into the teleporter.

Back in the red key room, head to the left teleporter.

You will eventually reach the end area, but do not expect a break. The massive swarms of arch-viles coupled with the mancubi at the end area of the level can present a challenging exit, and you likely will not get through without being hit at least once, and to make matters worse, there is a cyberdemon at the other end! Fortunately, there are plenty of rocket pickups at your disposal. Use them well.

Once you destroy all the arch-viles, the final door will contain the cyberdemon. Destroy him, and head into the teleport. There is a switch; press it, and you will hear some explosions. The level will end shortly after that.

Note: Since there are two computer map items in this level it is impossible to reach 100% item-ratio.

Like many of the later Hell Revealed levels, Ascending to the Stars was designed primarily for maxkill play. In fact there are no non-TAS demos of it being completed in any other style. The earliest demos tended to complete this level in a very methodical fashion, completely clearing out one room before moving on to the next. When the second Hell Revealed demopack was released, a new route was revealed. Here the player picks the shotgun up at the start, then runs forward using it to clear a path around the edges of each crowd of imps. In the next room the player again runs forward after picking up the SSG, skipping the Hell knights and arch-viles down in the pits. In the circular room ignore the monsters, run directly for the blue armor secret on the right, then run to the lift shaft behind the arch-vile and drop down. From this point on the two maxkill routes are fairly similar.

A side effect of this faster starting strategy is that 100% kills becomes no longer possible. A linedef near the start releases four teleporting arachnotrons, but if the crowd of imps is still alive then their teleport destination is blocked, and since the teleport lines are one time use only the arachnotrons remain trapped in their original location. Even though this is avoidable by playing the start slower, Compet-N still accepts as valid submissions using the faster route.

A standard strategy is to avoid firing on the spider mastermind, as this wastes both time and ammo. Instead, run around underneath the mancubi, picking up rocket ammo. A stray mancubus blast will almost certainly hit the mastermind, and from then on it can be ignored. Keep running around the outer edge of the room, facing the opposite side, and fire on the distant mancubi whenever there's nothing in front of your face. The mastermind will be dead from infights before you're finished.

When this room is clear players will often head back and kill the arch-vile with rockets from below, as well as some other monsters - this reduces the opposition for when they teleport back.

The baron/arch-vile trap is usually completed by silently luring out the barons and killing them only when the door closes, then waking up the arch-viles and killing them separately. In the red key room the fastest route is to run around the outer edge - as fast as possible to avoid being scratched by barons - take the red key and jump into the teleporter.

This leads to another trap involving a circle of chaingunners suddenly appearing around the player. There are various ways to deal with this - some players use rockets to clear out large numbers, others stick with plasma to avoid taking any splash damage. But taking damage at this point is almost unavoidable.

Before heading to the next section of the level, a maxkill player will usually head back to the red key area first. By now infights will have killed the first two cyberdemons, and another will have teleported in, but usually a new infight has to be provoked. Open the door, wait for a rocket to fire at the barons directly in front of it, then run on to the next section of the level.

There are no special maxkill routes in this section, although it is necessary to run through the Blue Sector twice if you wish to pick up the megasphere. Now head back to the red key area. Most of the monsters in here will be dead by this point, kill whatever remains and then take the left teleporter.

This room, and the room that follows, are stuffed with arch-viles. The standard technique exploits the long buildup time of the arch-vile attack: teleport in, aim carefully at one while it prepares to blast you, then fire and immediately jump back through the teleporter. There's a similar trick to clear the room beyond, involving the locked doorway. Open the door, aim for one of the arch-viles on the high ledges, then duck out of sight before it can complete its attack. It's faster if you concentrate on clearing out one side at a time, as this gradually increases the area you have to hide in and gives you more time to fire rockets.

At the end, provoke infights between the cyberdemon and the two barons, and while it's killing them blast it with plasma. It may come out the doorway before you're done, the safe strategy is to drop back a bit and use the large wall as shelter from its rockets.

* The vertex count without the effect of node building is 1767.