Difference between revisions of "MAP32: Go 2 It (The Plutonia Experiment)"

MAP32: Go 2 It is the second secret map of Plutonia. It can be reached from MAP31, and uses the music track "Nobody Told Me About id" from Doom.

This level is a highly edited version of Doom II's MAP01: Entryway.

Go 2 It is claimed by id Software to be the most difficult official Doom level in existence. Considering the endless hordes of Revenants, Arch-Viles, and Cyberdemons that plague all parts of this level, this claim is probably not hyperbole. Even on the easiest difficulty level, Go 2 It is nearly impossible without cheats for most players. Notably, changing the difficulty will not change the number of overall demons. The only mercy there really is in this stage is the nine Megaspheres and large amounts of ammunition for all weapons (rockets and plasma charges in particular). Beyond that, one should expect to die a lot trying this, and should start on the easiest possible difficulty level. Causing infighting among the monsters may even the stakes somewhat. 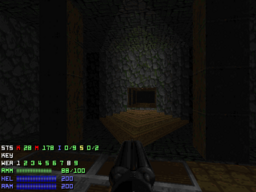 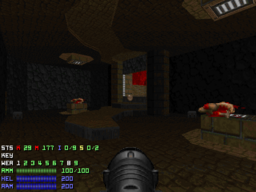 Although, at first, Go 2 It may seem to be ridiculously overdone and far too difficult for any human being, there are actually a few important things to keep in mind when playing this. 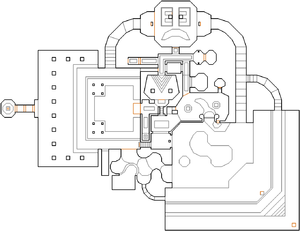