Difference between revisions of "MAP32: Go 4 It (Plutonia 2)"

MAP32: Go 4 It is the second secret map of Plutonia 2. It was designed by Charly Goulois (Kira) and Thomas van der Velden, and uses the music track "Nobody told me about Plutonia" by James Paddock, a remix of Nobody Told Me Aboud ID", the music used in E2M8: Tower of Babel and MAP32: Go 2 It 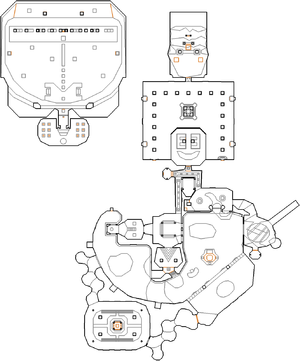