Difference between revisions of "Monster infighting" 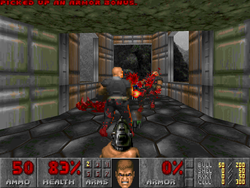 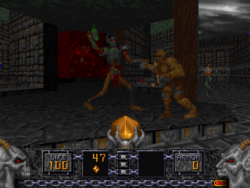 Monsters unable to cause infighting 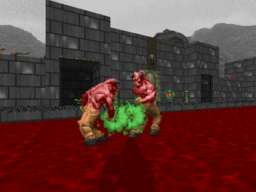 Mass infighting in Heretic and Hexen

Even more-so than Doom 3, monster infighting in Doom (2016) is very rare. Monsters can damage each other with their attacks, but most will not retaliate against each other, instead choosing to focus on the player to the exclusion of all else. Only Imps and Hell knights can turn against each other in the vein of the classic games. Otherwise, most scenes of monster infighting is limited to a small set of scripted events, such as a battle between some Revenants and some Mancubi in Necropolis.