Difference between revisions of "Pistol"

This article is about the Doom pistol. You may be looking for the HacX Pistol.

The pistol is an extremely weak weapon, doing damage at a rate barely 10% greater than the fists and generally should not be used if any better weapon is available. However, if the player is low on shotgun shells and doesn't have the chaingun in his possession, the pistol can be used to take down individual or small groups of zombies or imps and save shells for pinkies or stronger enemies that may be encountered later. This situation is most commonly suffered at the first levels of an episode or megawad especially on Ultra-Violence difficulty when the player is looking desperately for the shotgun, but still has to face great quantities of monsters.

The pistol is capable of 100% accurate fire if the player carefully taps the fire button slightly after the first shot rather than hold it down. It's also the weapon of choice when switches need to be shot in order to activate them since it's the most economical way to do so because unlike the chaingun, the pistol only fires one bullet per cycle rather than two (however when playing the original executable, the player may have to use the Super Shotgun as it is the only weapon with vertical spread to hit switches that may be on a higher level than the one the player is currently on). 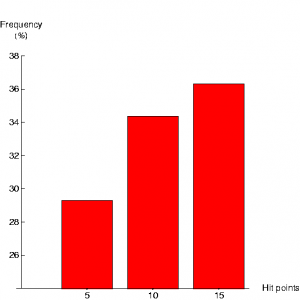