STR10: Skyfire Research (Stronghold: On the Edge of Chaos)

STR10: Skyfire Research is the tenth map of Stronghold: On the Edge of Chaos. It was designed by Gianluca Cilento (Remmirath) and Daniel Gimmer (Tormentor667), and uses a custom music track. 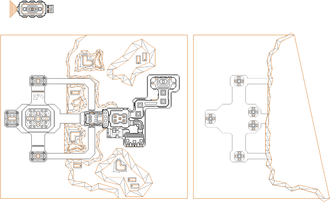 Map of Skyfire Research
Letters in italics refer to marked spots on the map. Sector, thing, and linedef numbers in boldface are secrets which count toward the end-of-level tally.

A shotgun is placed in front of player one as the level starts.

* The vertex count without the effect of node building is 6130.