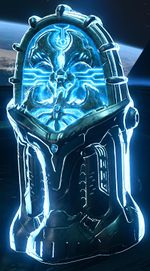 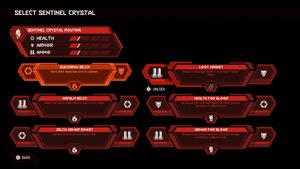 The selection screen for Sentinel crystal upgrades. The ammo upgrade linked to the "Loot Magnet" bonus is currently selected.