This article is about the angelic species. For the individual character, see Samur Maykr. 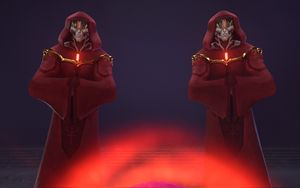 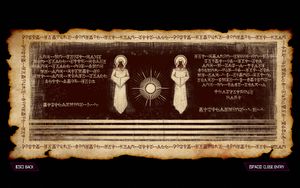 As the Slayer is sealed in his sarcophagus in the ending of The Ancient Gods, Part Two, the procedure is overseen by three Seraphim, possibly including two aforementioned ones. The "Ancient Gods" themselves are shown as large, holographic yellow Seraphim. 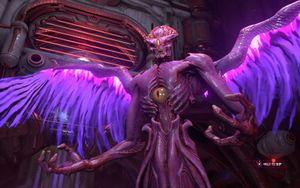