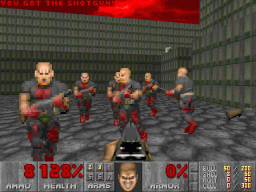 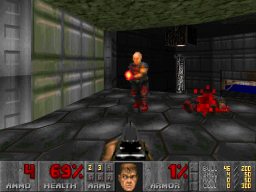 The shotgun guy makes an appearance in Doom 64, but interestingly enough, it uses the sprite of the Zombieman, but with a different palette applied to change his colors a bit.