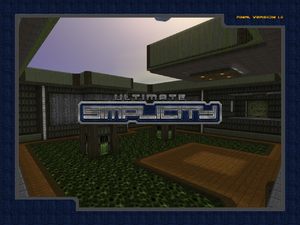 Several new enemies are included through the DECORATE lump:

Nightmare demon
A dark-skinned variant of the demon that becomes semi-translucent upon spotting the player, akin to the spectre in Doom 64. It can also shoot green projectiles, briefly revealing itself. It has 260 hit points (thing type 10100).
Weaker arch-vile
The same as a regular arch-vile, except it has 500 hit points instead (type 22251).
Hectebus
A larger, black mancubus that rapidly shoots three volleys of twin green projectiles. It has 1500 hit points (type 22250).
Goat lord
The boss of the first episode, looking like a dark-skinned baron of Hell from Doom 64. It can fire three red fireballs in quick succession, and can also teleport around the arena, and if it teleports to the center, it becomes temporarily invulnerable as it is able to spawn demons, nightmare demons, or cause four turrets in the arena to launch homing fireballs at the player. It has 7250 hit points (type 10110).
Chaos elemental
The final boss, shown as a dark green and black pain elemental from Doom 64. It can fire multiple green fireballs, and in the arena it is fought in, it can also teleport to the outer area quickly to unleash fireballs from outside into it. It can furthermore activate seven green flamethrowers in the arena itself. It has 6500 hit points (type 10111).

The secret level contains several weapons from Rise of the Triad, including the pistol and dual pistol, the MP40, the bazooka, the fire bomb and fire wall launchers. The last three weapon also come with their own ammo pickups.

Besides the weapons and enemies, several props from Rise of the Triad also appear, such as the spinblades and firejets, suspended platforms and jump pads.