Difference between revisions of "Super shotgun" 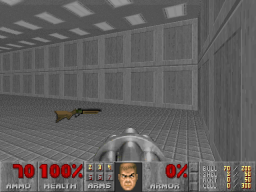 Not featured in Doom, the super shotgun was the only new weapon introduced in Doom II, appearing first on Level 2: Underhalls in single player mode, and in two locations on Level 1: Entryway during multiplayer games. A super shotgun contains 8 shells when picked up (or 16 on the "I'm Too Young To Die" and "Nightmare!" skill levels).

One well-aimed blast almost always kills two imps, one demon, or one spectre, and often inflicts additional damage to nearby monsters, whereas a shotgun burst is less reliable at dispatching an imp in one shot or a demon in two. The devastating firepower afforded by the super shotgun can enable the player to hold his own against crowds of humanoids or tough monsters (hell knights, arachnotrons, mancubi). It is often sensible to prefer the super shotgun over the rocket launcher in such situations; the super shotgun is similarly powerful, shells are more plentiful than rockets, and a short-range rocket blast can harm the player.

The wide spread of the pellets makes the super shotgun ineffective and wasteful at longer ranges. If shells are the only plentiful ammo, or if sniping at a distance is required, it is advisable to switch back to the shotgun. The super shotgun also becomes overkill and wasteful for dealing with lone humanoids scattered in mazes. This is usually a problem when starting a level and the super shotgun is picked up before the regular shotgun.

Regardless, the SSG is a very potent and powerful weapon in the right hands, and it serves as a great alternative for the bigger weapons when facing lone enemies smaller than a baron of hell. 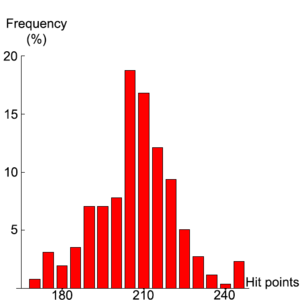 The IWADs contain the following numbers of super shotguns:

In Doom 64, the super shotgun reloads much quicker, nearly as fast as the regular shotgun. It does not have the reloading animation that is present in the PC versions of Doom either.