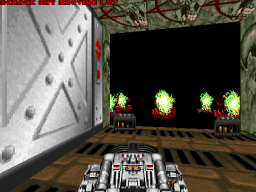 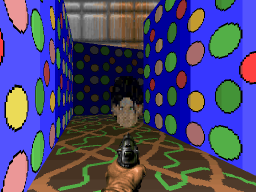 The New Adventure is a Jokewad for the ZDoom Source Port by Paul Corfiatis. It was released on March 26th, 2006. It contains 34 levels of which the boss on the final level is the creator himself. The WAD was heavily inspired by Mock 2: The Speed of Stupid, but was designed to be even funnier with large amounts of misspellings, horrible music, wall textures, and sound effects. It also includes unrealistic level design and some of the craziest and most frustrating jokes and messages.

Work had begun on The New Adventure 2, but Corfiatis decided to axe the project because of people getting fed up of jokewads.

An unofficial sequel was made by Giulio Galassi (Glassyman) to get back at Paul for making an unofficial sequel to his Gamarra Series. This sequel had nothing to do with the story of The New Adventure but starts off as Paul Corfiatis being resurrected then killed again by the player to only being resurrected as a human being. The level was very short and just like the Gamarra wads this was poorly received for mostly being juvenile humor.