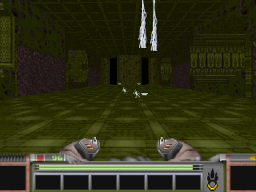 The first form of the Sigil and its attack. 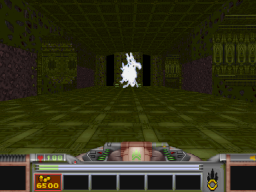 The second form of the Sigil and its attack. 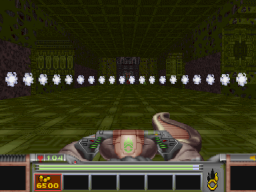 The third form of the Sigil and its wide area attack. 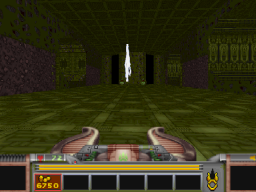 The fourth form of the Sigil and its attack. 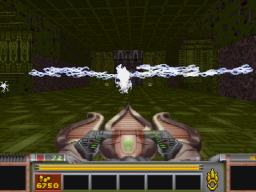 The awesome power of the completed Sigil in action. 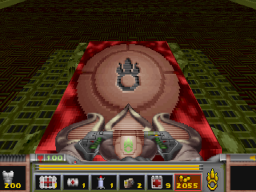 An alien panel with a engravement for the full Sigil, which allows entry into the Entity's Spaceship. 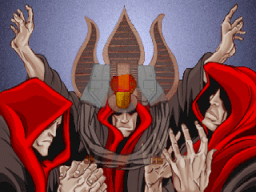 The third form (whole base, plus right prong) will shoot a spread of several dozen small balls of energy in a 180 degree angle relevant to the player's current angle. At close range against groups of monsters this is particularly effective.

Due to these health losses per shot, it is advisable for the player to carry health items, particularly Surgery Kits, which restores all health in a single use.