Revision as of 12:26, 27 December 2018 by ETTiNGRiNDER (talk | contribs) (Bug/exploit regarding the boundaries between different height sectors)
(diff) ← Older revision | Latest revision (diff) | Newer revision → (diff)
A checked version of this page, approved on 27 December 2018, was based on this revision. 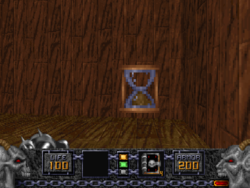