Abysm 2: Infernal Contract is a total conversion PK3 created by Donnel Enriquez (Jazzmaster9) and released in 2020. It is the sequel to 2018's Abysm: Dawn of Innocence. It changes the gameplay and visuals of the main game completely. The project is themed around epic and dark fantasy, inspired by videogames such as Diablo II, Dark Souls and Strife. It includes new enemies, weapons, NPC's, a map hub, and new music by John Weekley (PRIMEVAL).

It includes an RPG-style gameplay system: a new system of level-ups, attributes and player stats, which influence the player through different upgrades and advancements, a crafting system, and an inventory in which the player can carry a variety of weapons and items. Abysm 2 changes the traditional level progression conventions and includes a new hub-styled overworld map that allows the player to switch between different locations and areas of the map via portal links, usually while progressing through the story and leveling up. The player can unlock different areas such as: dungeons, caves, ruins, castles, towns, mansions, hell forts, and secret areas.

Abysm 2: Infernal Contract offers a variety of new fantasy weapons, visually inspired by Heretic and Hexen. The initial weapons will depend on the type of set (or class) the player chooses when starting a new game, as well as the attributes and stats they possess as the game progresses.

New weapons will be unlocked by completing quests, obtaining resources and crafting. 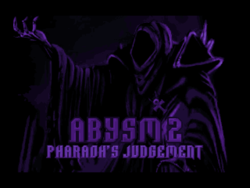 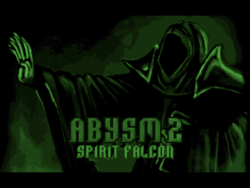