Alien Vendetta (av.wad) is a 2001 megawad that contains 32 new and hard levels. It is one of the few PWADs that are allowed to be used in Compet-n speedruns, and one of the Top 100 WADs of All Time. In a 2019 article on the history of Doom mapping, Alien Vendetta was called "the most influential PWAD of all time".[1]

There have been two separate releases of Alien Vendetta. The second release, made in December 2002 when it was selected for usage on Compet-n, made various changes to almost all of the levels; the biggest change is the replacement of MAP25: Valley of Echoes with another map, MAP24: Clandestine Complex, as well as the relocation of the former MAP24: Demonic Hordes to MAP25.

On August 1, 2016, the expansion Alien Vendetta: Black Label (avbl_v1.wad) was released on the megawad's website, coinciding with a revamp of the site's design. The wad features two new levels that replace MAP01 and MAP02, designed to then-modern level design standards by Brad Spencer (Vorpal). It must be loaded alongside Alien Vendetta to play. Then in September 2016, the original 2001 version was re-released on the website as well.

Only one map has original music, the rest being a medley of existing songs. In 2021, a Doomworld community project created the Alien Vendetta MIDI Pack with custom songs, which was released on the 20th anniversary of Alien Vendetta's original release. 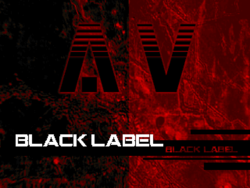 This WAD's 2001 release features three built-in demos. All require Doom II v1.9 to view them. The demo levels are:

The 2002 release also features three demos for Doom II v1.9. This time two of them are multiplayer demos. The demo levels are:

In 2018, Ancalagon became the first to complete the D2all UV max of this mapset. The run took 4 hours and 13 minutes.

The Compet-n episode records for Alien Vendetta are:

Alien Vendetta is contained in a zip file called av.zip. It is 9,041,333 bytes in size and contains 6 files:

The old archive is contained in a zip file called av-extracted.zip. It is 8,119,470 bytes in size and contains 2 files:

The Black Label expansion is contained in a zip file called avbl_v1.zip. It is 508,072 bytes in size and contains 2 files:

To play it on versions of ZDoom older than 2.3.0, or ZDoom-derived ports with an old codebase, you have to set the compatibility options to "find shortest textures like Doom" (rather than like Boom) for MAP07: Showdown and to "self-referencing sectors don't block shots" for MAP15: Bulls on Parade. The current versions of ZDoom and GZDoom apply the appropriate compatibility options automatically.