Alpha-Major is a single-level PWAD of Doom II using Boom-compatible source ports. It was designed by KineticBeverage and uses the music tracks "Level 18" from Descent and "The Last Knight" by Elmobo. 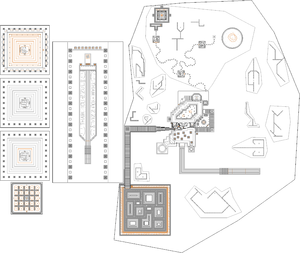 Map of Alpha-Major
Letters in italics refer to marked spots on the map. Sector, thing, and linedef numbers in boldface are secrets which count toward the end-of-level tally.

* The vertex count without the effect of node building is 33619.

This slaughter map is intended to be a spiritual successor to MAP03: Omega-Minor of Dimensions.