Artica 3 is a single-level PWAD for Doom II and the MBF source port that came out in January 1999. It was designed by Mike Watson (Cyb) as the third entry in his Artica mini-series.

Artica 3 includes a small modification to replace the radiation suit by Scuba gear. 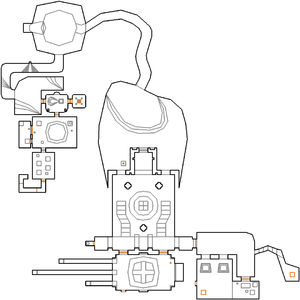 Map of Artica 3
Letters in italics refer to marked spots on the map. Sector numbers in boldface are secrets which count toward the end-of-level tally.