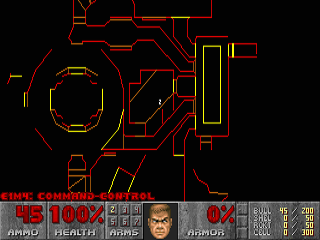 The automap is a feature of the Doom engine which allows the player to view their current position in the level and any of the walls (formed from linedefs) which have been seen so far. The automap is toggled on or off using the tab key by default, and is available in Doom, Heretic, Hexen, and Strife, with minor differences in each game. 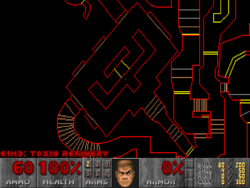