Awakening is a single-level PWAD for The Ultimate Doom with the ZDoom source port. It was designed by Emil Brundage (NaturalTvventy) in 2010 and uses a MIDI rendition of "Orion" by Metallica as its music track.

The level includes a large stable of new enemies, which are defined in DECORATE lumps with new thing types and do not replace vanilla monsters. 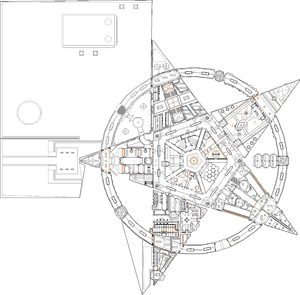 A multiplayer-only shotgun (Thing 1679) and three ditto tall techno pillars (1631 through 1633) have no flags set for any of the three difficulty classes, so they do not actually appear in the level.

* The vertex count without the effect of node building is 25097.