Back to Saturn X

Back to Saturn X is a series of megawads for Doom II, designed to be compatible with DOOM2.EXE. Created by the Back to Saturn X Team, it features an exclusive texture set, original music, and a new palette and colormap.

Song and album titles from Guided by Voices provide the title, episode names, and map names. Titles and song lyrics are incorporated into the text screens as well.

The first episode was originally released on December 10, 2012 for Doom's 19th birthday, featuring twenty regular levels, one secret level, and a recurring train station hub. An additional level was inserted in a later release on August 1, 2013. The first non-beta release was on February 27, 2017, and inserted another additional level. The episode received one of the 2013 Cacowards.

The second episode was beta-released on 1 September, 2014, with another twenty-two levels, a secret level, four episode hubs and an ending screen. It received one of the 2014 Cacowards. Its final version was released on August 14, 2020.

On June 25, 2020, the first episode was added to the list of official add-ons for the 2019 re-release of Doom II. This curated version replaces all the Guided by Voices-derived level names and its title is reduced to the acronym "BTSX Episode 1". The title screen was changed accordingly, and jokingly expands the title to "Better Texturing with Startan X". On August 14, 2020, Episode 2 received the same treatment with the joke subtitle of "Big Towers, Says Xaser".

One final episode remains in development.

The development of the first episode was slowed down by the discovery of a then unknown bug, called the PWAD size limit bug. This bug occurred when the limited memory available to the lump stack, which is 64 kilobyte in size, caused issues as Back to Saturn X's PWAD needed more lumps than the 4046 that are available within this memory segment. On September 14, 2011, programmers Xttl and ConSiGno announced in a Doomworld forums post to have an executable hack ready that increased the limit of the lump stack to 512 KB, allowing BTSX to load its resources fully. The released version however was split in two separate WAD files, mitigating the issue and allowing to be fully compatible with DOOM2.EXE, and removing the need for the modified executable, which was later released as Doom32.

The release made available via the Doom Classic Unity port changes the names of the episodes and maps to remove the references to Guided By Voices. 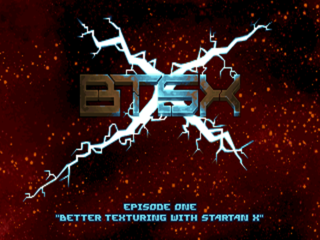 This version is technically an IWAD. The WADINFO lump identifies it as version 1.14i, and mentions "DO NOT DISTRIBUTE". The new list of level names: 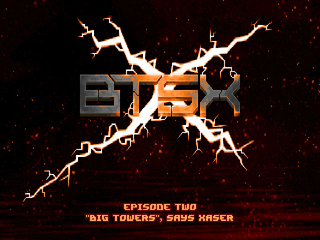