Calgon, Take Me Away!

Calgon, Take Me Away! is a single-level PWAD designed by Keith Hickman and released in 1995. Two versions were released - one for Ultimate Doom (calgon.wad, replacing E1M1) and one for Doom II (calgonfx.wad, replacing MAP01). 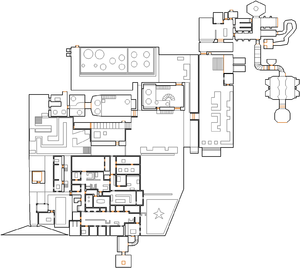 Map of Calgon, Take Me Away! (Doom) 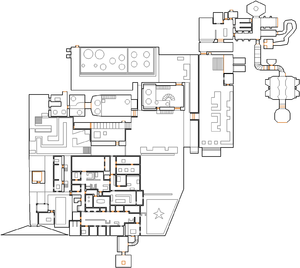 Map of Calgon, Take Me Away! (Doom II)
Letters in italics refer to marked spots on the map. Sector, thing, and linedef numbers in boldface are secrets which count toward the end-of-level tally.

For the Doom II version, the secrets are the same except that #4 contains a rocket launcher, 1-3 medikits, and a stimpack (not on easy skill).

The records for the Doom version of map at the Doom Speed Demo Archive are:

The records for the Doom II version of map are: