Castle of Iresnome is a single-level PWAD for Heretic, designed by John Owens and released in March 1995. The level is meant to be played on deathmatch mode, but also includes a sufficient number of enemies in singleplayer mode – although, it is missing an exit on purpose. 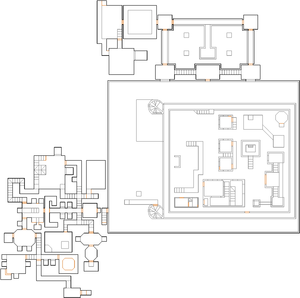 Map of Castle of Iresnome
Letters in italics refer to marked spots on the map. Sector, thing, and linedef numbers in boldface are secrets which count toward the end-of-level tally. 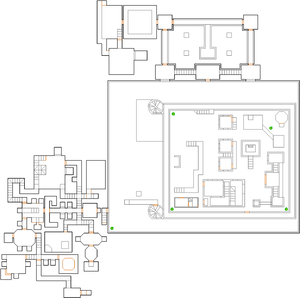 Map of Castle of Iresnome, with spawn points