Castle of the Renegades

Castle of the Renegades is a Doom level created by Scott F. Crank in November 1994, then ported and adapted to Doom II in February 1995. It uses for soundtrack Jean Michel Jarre's "Industrial Revolution" song, transcribed to MIDI by Brian Havis. 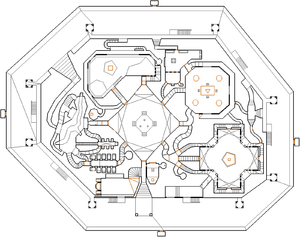 Map of Castle of the Renegades (Doom) 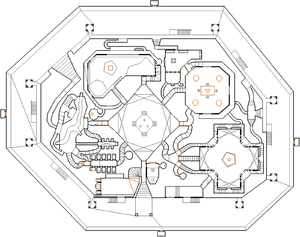 Map of Castle of the Renegades (Doom II)
Letters in italics refer to marked spots on the map. Sector, thing, and linedef numbers in boldface are secrets which count toward the end-of-level tally.

The secret sectors are the same in both versions.

The records for the Doom version of the map at the Doom Speed Demo Archive are:

The records for the Doom II version of the map are: