This article is about a mod. For the original Command Control, see E1M4: Command Control (Doom).
This level occupies the map slot E1M4. For other maps which occupy this slot, see Category:E1M4.

Command Control (COMCON.WAD) is a single-level PWAD for Doom that was released in 1994. It was designed by Patrick Hipps (Patrix) and uses the music track "Death March" by Rich Nagel. 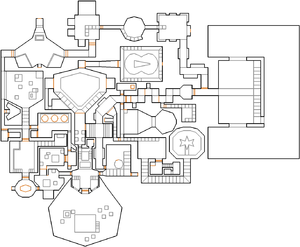 The maximum achievable secret percentage on this level in single-player is 90%, due to secret #9 (above).