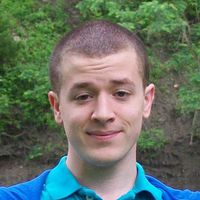 Cory Scott, also known as Aquarius199 or NiTROACTiVE, is a Youtuber known in the Doom community for creating and reviewing Doom mods. He posted his first Doom WAD review on January 12, 2012. His most popular review is Millennia Invasion by Doomguy 2000. He has been a member of the Doomworld Forums since March 15, 2011. He makes and hosts his maps on his website.