Crestfallen is a single-level PWAD for Doom II. It was designed by Martin Friberg (Cocoon) and became one of the entries for 1998 in the Top 100 WADs of All Time. 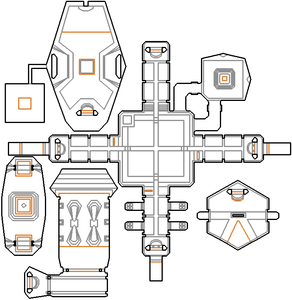 Map of Crestfallen
Letters in italics refer to marked spots on the map. Sector numbers in boldface are secrets which count toward the end-of-level tally.

An edited version of Crestfallen appears as MAP37 of Chillax.