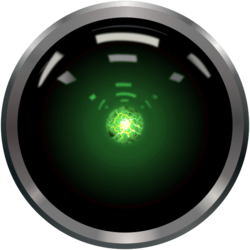 DEH 9000 — self-described as "a programmer's Dehacked" — is a Python library for generating Dehacked patches, written by Simon "Fraggle" Howard.

DEH 9000 includes the main data tables from Doom that are manipulated by Dehacked patches, and permits the user to write a Python program with access to the data tables as Python data structures.

DEH 9000 has powerful and novel features for finding spare "State" resources. It features a series of built-in state reclaim strategies, that can free up more State resources by sacrificing animation frames from existing things. The least-intrusive strategies reclaim states from animations which do not occur in normal play (such as Pain Elemental resurrection by Arch-Vile), and the more intrusive strategies can yield more frames by sacrificing animation frames from power-ups and decorations.