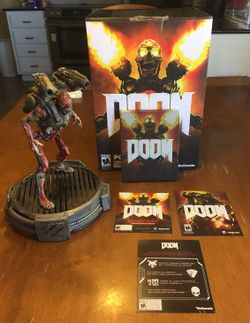 The Doom Collector's Edition for Doom (2016) is a big box physical release of the game, available for PC, Xbox One, and PlayStation 4, published by Bethesda.