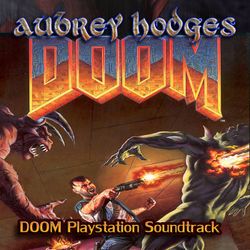 On December 4, 2012 Aubrey Hodges released an official album of the soundtrack from PlayStation Doom. In addition, three new "bonus" tracks created using the same method as the original were added. The album does not, however, include the ten tracks from PSX Final Doom.