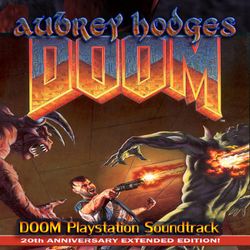 On October 19, 2017 Aubrey Hodges released a remastered and extended version of the soundtrack from PlayStation Doom. Each level track was extended, new alternate versions of the main theme and finale theme are included, and eight all-new "bonus" tracks created using the same method as the original were added. The album does not, however, include the ten tracks from PSX Final Doom, nor the three bonus tracks from Doom PlayStation: Official Soundtrack.