Doom v0.5 is the last known alpha version of Doom. It was released to testers on May 22, 1993. It represents a significant advancement over previous alphas, with functional user interface elements and actual gameplay in the infancy of its implementation. 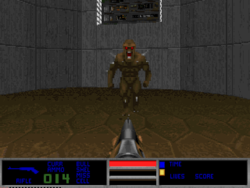 This version included a number of features in addition to those found in the Doom 0.4 alpha version:

After the player quits the game, the ENDOOM screen states that it is a preview of Doom: Evil Unleashed. 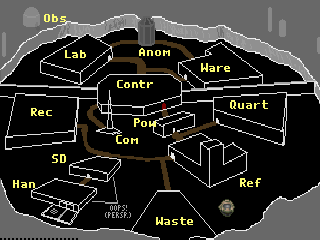 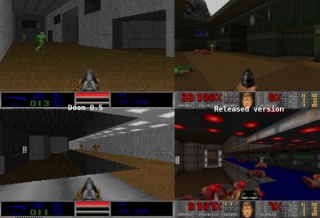 Comparison between Map 7 of the alpha and E1M4 from the released game.

Version 0.5 included several levels, most of which were modified and used in the release version of Doom. Level 6 was held back for Doom II. Unlike the previous alpha versions, Doom 0.5 is open ended and unlinear; the player can transition between levels at will. This is also the last Doom version with Tom Hall aboard the development team, so these map versions are the most recent to reflect the vision laid out in the Doom Bible. The levels made by Hall are mostly identical to retail, with the notable exception of texturing, coinciding with developer John Romero's statement "most of [Tom Hall's] levels had very little work done to them, in fact".

All the playable levels are internally designated E1Mx, where x is any number between 1 and 13. This still reflects the original intention to have a full 13 levels per episode, of which there was initially meant to be six; 78 levels in all. This is more maps than Doom and Doom II combined were shipped with. Retail Doom had 27 maps, which is less than half the number and a much more realistic amount of design.

As a final technical note, an unplayable map designated E2M1 can be found in the data files. The map is an unfinished version of Limbo, but many of the required textures are missing in the alpha.

Powerups that never made it to the released version are present in the data files, and are even placed in some of the levels. For instance, an item sharing the editor number of a shield generator in the previous alpha is placed in the hidden room in the southern crusher corridor of the level which eventually became Containment Area, instead of the chainsaw as is the case with Ultimate and registered Doom. However, since a spawn entry for the editor number isn't present, the powerup doesn't spawn. The corridor did not even have crushers yet.

Some bonus items seem to be carry-overs from Wolfenstein 3D, such as the chalice and the chest. The combat armor/megaarmor is still called officer armor and uses a different sprite, a green armor with boots.

Most of the item graphics were completely different, and utilized a design similar to Wolfenstein 3D, most notable in the mentioned treasures and the pistol clip. 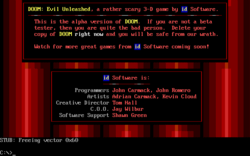 The ENDOOM screen from Doom 0.5.