E1M1 is the first map of the first episode of Heroes. It was originally designed by Tim Scott as AFRO.WAD, then modified by Albert Dewey for the compilation. 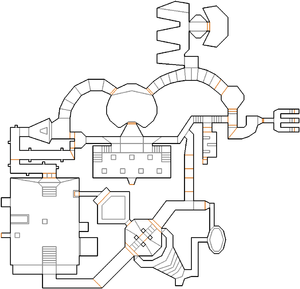