E1M2: Supply Station is the second map of the Knee-Deep in the Dead episode in Doom the Way id Did: The Lost Episodes. It was designed by Lorenzo Davia (Ultimate Lorenzo). 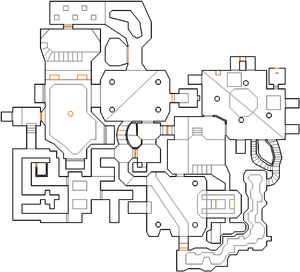 Map of Supply Station
Letters in italics refer to marked spots on the map. Sector numbers in boldface are secrets which count toward the end-of-level tally.

The following multiplayer-only weapons have no flags set for any of the three difficulty classes, so they do not actually appear in the level: two shotguns (Things 1 and 241), a chaingun (240), and a rocket launcher (237).