E1M2: Toxin Refinery is the second map of Phobos: Anomaly Reborn. It was designed by Christopher Lutz. 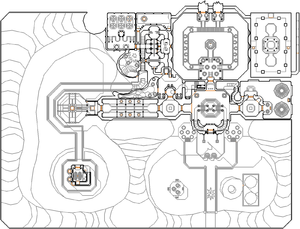 * The vertex count without the effect of node building is 11288.