E1M2 is the second map of Tree3. It was designed by Greg Lewis (Tree) and uses the music track "". 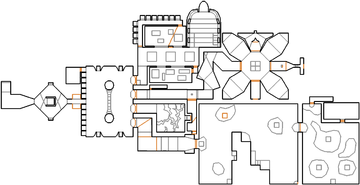 100% items is not achievable on this level as there is a soul sphere near the start that is situated in alcove behind an impassable linedef.

* The vertex count without the effect of node building is 1004.