E1M3 is the third map of BOBKDV2. It was designed by Bob Carter. It was later adapted into E3M1 of The Lost Episodes of Doom.

It contains a secret exit to E1M9. 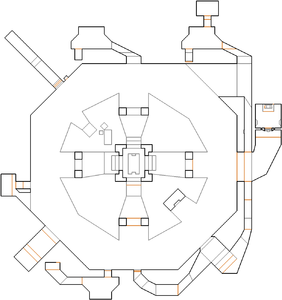 A box of bullets (thing 93) is placed inside one of the pillars surrounding the blue key area and is thus unobtainable.

* The vertex count without the effect of node building is 370.