E1M3 is the third map of the first episode of Base Ganymede. It was designed by Adam Woodmansey (Khorus) and uses the music track " ". 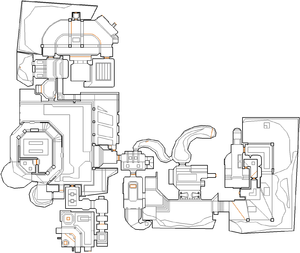 * The vertex count without the effect of node building is 2259.