E1M3 is the third map in the first episode of Rage Doom. It was designed by Dan Krempel. 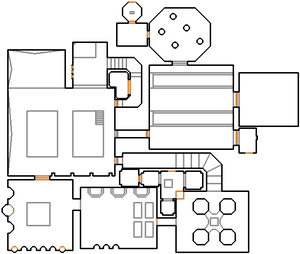 The door in front of the normal exit does not require the blue key despite appearing as though it does.