E1M6: Command Center is the sixth map of Double Impact. It was designed by Matt Cibulas (RottKing) and Ralph Vickers (Ralphis). The par time defined in the DMAPINFO lump of the edition released as official add-on is 13:45. 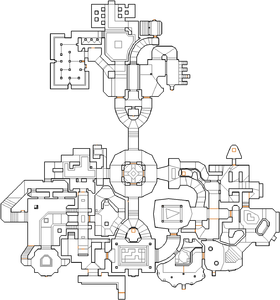 * The vertex count without the effect of node building is 2261.