E1M6: Pumping Station is the sixth map of the Knee-Deep in the Dead episode in Doom the Way id Did: The Lost Episodes. It was designed by Mithran Denizen. 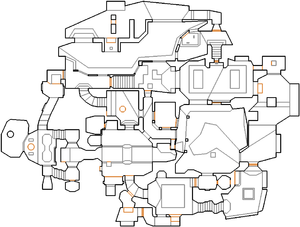