E1M6 is the sixth map of Nuke Mine. It was designed by Jason Hargreaves and uses the music track " ". 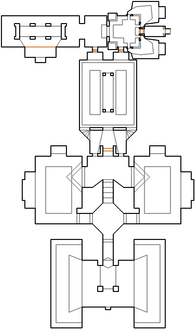 The red key is not present on Hey, Not Too Rough or lower, which makes the level impossible to beat on those skill levels without cheating.