E2M1 is the first map in the second episode of Rage Doom. It was designed by Dan Krempel. 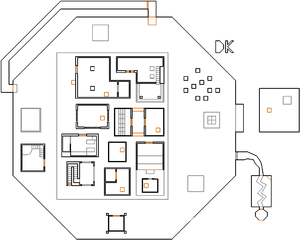 As there are two computer maps on this level, 100% items cannot be achieved.